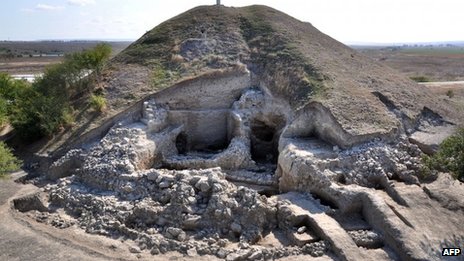 Archaeologists in Bulgaria say that have uncovered the oldest prehistoric town found to date in Europe.

The walled fortified settlement, near the modern town of Provadia, is thought to have been an important centre for salt production.

Its discovery in north-west Bulgaria may explain the huge gold hoard found nearby 40 years ago.

Archaeologists believe that the town was home to some 350 people and dates back to between 4700 and 4200 BC.

That is about 1,500 years before the start of ancient Greek civilisation.